Game is work in progress, not final product. This demo's purpose is let you to test the battle system and hopefully inform any bugs you probably found. All ideas, improvements ideas and all kind of comments are welcome!

I hope you enjoy!

In this demo version you can only battle against Billy and Heavy bag for "training".

You play as a young man who want to be “The world champion” of the MMA someday. So the young man needs to beat opponents and climb from the smallest gyms to the biggest stadiums to achieve his dreams!

About the battle system:

This battle system is inspired games like Lisa and Tekken franchise.

-You use arrow keys and A,S,Q,W keyboard buttons to make Melee combos or Grappling moves. You need to make the attack combos in given time (15 seconds). Idea is that A and S represent legs and Q and W hands. Every move use stamina. Less stamina = less damage and more missing the attack.

-You can find “Attack list” in the battle menu where you can check both, melee and grappling moves. In the attack list you’ll find only the moves you have learnt and can use.

-You can use “Dodge” command that grows stamina back slowly. While dodging, defence is higher but enemy can attack 3 times before your next turn. Dodging is very important thing.

-“Items” are things that I’m not sure will I include them at all in the game. If there are items, there will be only potions and doping that boost stats.

-You can “Tap out” all the time you want and it works every time. It means you surrender and enemy wins.

You can find “First turn” meter in the battle menu. There you can see two meters, one is for enemy and one is for player. It is the competition between the player and the enemy, which begin the battle. Speed stat affect this. (This might get deleted or this might have something to do with "ring control" or some kind of boost if you get the first turn)

Striker or Grappler? (Not in use in demo version)

When leveling up you gain “upgrade points” which you can use to upgrade “Striking” or “grappling”. Become a striker and you can do the most devastating combos and learn the best moves of the stand up game! Or if you want to be the grappling master to do the most complex submissions and powerful takedowns! It’s up to you what you want to be! 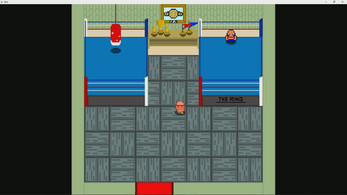 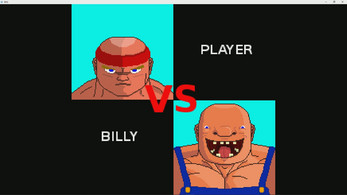 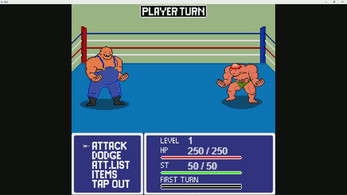 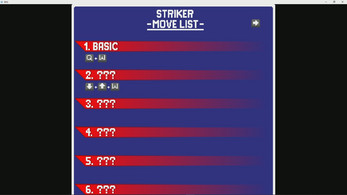 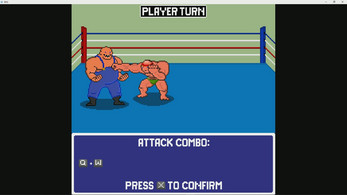